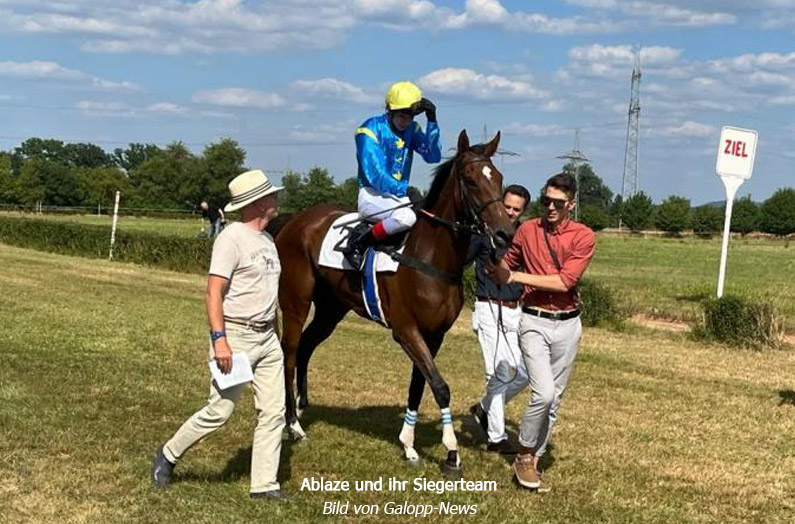 “It doesn’t always have to be the big victories that create a great atmosphere for coaches” report the “galopp-news” on 15.07.2022 for race day in Miesau.
After the victorious comeback of his four-year-old Ablaze in Miesau, Michael Figge was very happy with the result: “She paused for so long, so we would have been happy with second place here. But the fact that she has now even won makes us mega happy.”

You can also read about Ablaze in the “Galopp-news“:
“Ablaze, a four-year-old summer evening daughter, comes from the breeding of the Schlenderhan stud farm. In its colors it did not go quite as desired, so Figge and El Sur-Racing struck at the last BBAG spring auction.
In July, she was then used twice in Maidenrennen for three-year-olds before she went into a long break. Today then the comeback, in which she pulled thanks to great final chord still past the long leading and in the meantime already divided Zara de Luxe (Gerald Geisler). In the saddle of the 3.1:1 chance sat Michaela Malakova, for whom it was the first victory of the season.”

By the way, we see it that Ablaze loyalty and care after 1-year injury break thanked all those involved with this victory!

Here is the race result and some snapshots from the day: 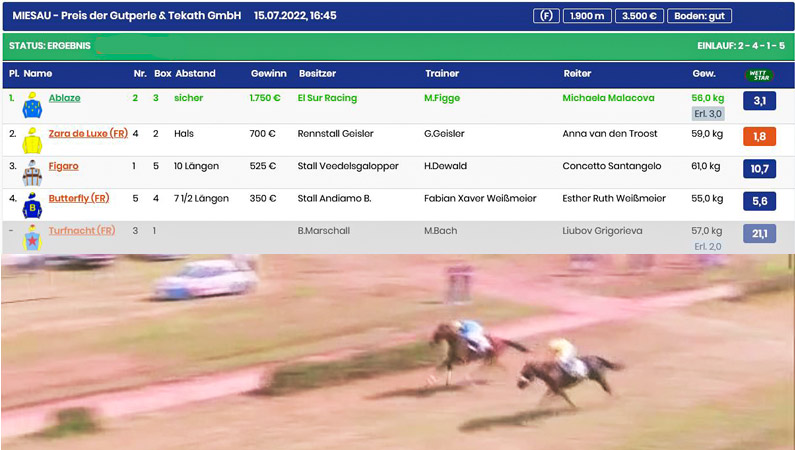 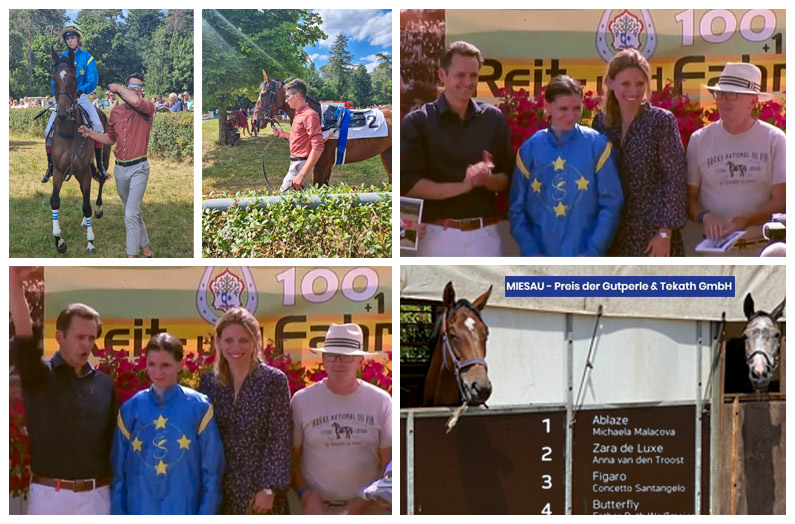 Finally, the video about the course of the race: